The Independence and the Republic Days were the two other big days of the school. The biggest ambition we had was to stand as NCC or Boys Scout cadets on those two days. It was exceptionally attractive. For the NCC the dress was for free – shirts, shorts, shoes, socks and beret- though the oversized shirts, shorts and shoes would hardly fit the tiny frames of the students. They looked quite odd in those oversized NCC dress. Interestingly, the uniform of our school was khaki shirt and white shorts or trousers. So, the ones who took NCC could manage with their NCC shirt as school uniform as well. In fact, later we learnt, they had selected that odd colour for our school uniform precisely for that reason, that is, the boys who could not afford an additional pair of school dress might as well manage it with their free NCC uniform. But for Boys Scout one had to buy everything- khaki shirt and shorts, shoes, socks, beret, scarf, the ogle and also must manage a stick and rope. The senior ones even had, god knows from where they had managed those, various other attractive accessories.

There were two sets of teachers for NCC and Boys Scout respectively. For the NCC there was one Jung Bahadur Chetry whose only duty was to look after the NCC boys. On occasions he would put on the ceremonial dress to look so impressive and important. He was NCC instructor and everybody called him ‘Sir’, but he hardly maintained a life of a Sir, for he had a tiny quarter adjacent to the school office in the back where he had to cook his own food and also look after his son, Kamal. Kamal was a student of the same school. We never saw Kamal Chetry’s mother. Kamal was very good looking – sharp nose, bright eyes and milk white complexion. As a batsman in the school ground he looked very smart though he was not at all a reliable player for any of the teams, yet he was always there because he proved himself to be a very good wicket keeper behind the stumps. He would throw himself on the ground to collect the balls. Since he was doing it for almost all the balls delivered though he would be miles away from the balls coming towards him with fierce speed, especially the ones thrown by Gautam da or Tenia da, yet everybody appreciated him how sincere he was.

The other teacher of NCC was the geography teacher of higher classes, Khitin Sir, he was called the officer of our school NCC. He was dark, large and red eyed; one of the most fearsome figures of the school. He was one reason many of us thought it better to join the Boys Scout rather than to face his sharp spanks during the drilling sessions.

Manoj said, ‘If you become an NCC, once you are out of school, straight you become a soldier in the Indian Army.’

At that Subhash laughed, he said, ‘I know one of our seniors, who was an NCC here, he passed the matriculation exam, got out of school and instead of becoming an army, he is toiling as a Higher Secondary student at B.N. College.’

-‘But here they do not teach you how the use the guns.’

Manoj always had access to the inside stories. He lowered his voice and said, ‘They do, if you can really perform well. They take you to a secret place and there they train you. Sometimes at midnight. I even know the spot where they train the special NCC boys.’

-‘I did not, but I heard the gun shots. It is like in cinema- dhisshaoon, dhisshaoon and the birds will fly away from the trees with flutter.’

Everybody gathered around him with utmost curiosity. Manish said, ‘Can you take us to the spot?’

-‘It only happens at night, that too at midnight. It would scare the shit out of you’, Manoj warned. We wanted to visit the place under the guidance of Manoj.

At that the next Sir entered the class. It was Khitin Sir, the NCC teacher. As Sir settled himself on the chair, Subhash had gathered the guts of the whole world and stood up to ask, ‘Sir, what is better, NCC or Boy Scout?’

Khitin Sir was dark, tall, stocky with heavy built; fingers were as thick as carrots. If he happened to slap any one of us, the shapes of our faces would change forever. But this time he wryly smiled and said, ‘Both are good. Here I am the in-charge for NCC, there, for Boys Scout, Nripen is the teacher, your Nripen Sir.’ He continued, ‘See, if you are in NCC it will help you get a job in the army or even in the police. Besides, in the NCC your uniform is for free; its from the government.’ He looked at us and reflected a bit, ‘But its all the same, those uniforms would not fit the chicken frames of you guys.’ He curtly smiled and said, ‘There is time though.’

With obvious show of grumbling he said, ‘I don’t know, in NCC everything is free – uniforms, shoes, belts, caps and all the stuff and, on the other hand, in the Boys Scout you have to buy every bit of it; they even do not give those odd plastic gogles and the triangular cotton scarves for free. Of course, one thing you do not have to buy – the bamboo sticks which you can manage from your own bamboo grooves’, he said and chuckled sarcastically. ‘But it baffles me nevertheless, most of the good students join Boys Scout and I end up getting the rascals. This time I’ve got a gang of pure scoundrels, damn it.’

No wonder his sharp spankings on the calves during the parade sessions are so legendary. Sir then resumed his teaching. As we imagined the NCC parade session, we found the lesson he was teaching increasingly difficult to understand.

The free oversized NCC dresses would hardly fit the tiny frames of the boys from the lower classes. They looked like the kids flaunting their fathers’ housecoats. However, the most attractive part of the uniform was the beret- khaki beret with a red flower on the front rim. They looked like the soldiers guarding the President of India. Our biggest wait began- we must get to the next class so we could finally decide whether to go for the NCC or the Boys Scout. 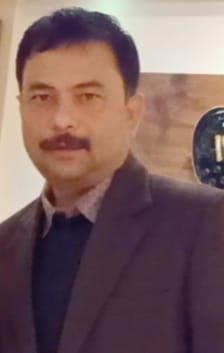 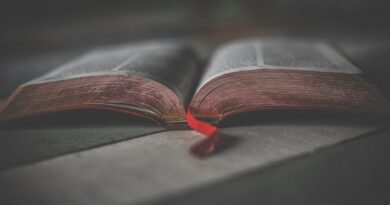