Characters inspired by Vysa’s  great Indian epic. The story line is set somewhere in the distant future. In no way should the storyline be compared to Vyasa’s magnum opus

Ever seen an elephant head cracking open like a ripe wood-apple, with a single swing of metal club?

I have seen that !

The recoil of the vintage 458 Magnum rifle used to bruise Grandpa’s shoulders every time he shot down  rogue elephants terrorising the greedy villagers.

It was surprising  to see the same 458 refusing to even scathe eleven year old Doury a bit. Forget a bruise.

He was powerfully built for a eleven year old. Perhaps a little too much for a pre teen kid . Toned muscles built over a rigorous exercise regime over the last four years.

Doury however was perhaps too primitive in his mind and still loved to use a metal club to bash down a elephant head to pulp. Doury had confessed , he loved to have the innards splash down on him.

The silicon robotic elephants looked very much the  real thing. The trend was however to use a simulator which helped measure even the minutest detail like the arc of the blow, the thumb pressure, the wrist tension and all that details no one had any use of, except for unnecessary statistics. And with the amazing 7D projections the simulators were true augmented virtual reality.

The robotic elephant replicas  were expensive. With detailed replica for every muscle and tissue, it cost a bomb. And especially if you beat it to a pulp every time, getting a new one every week would be costing a fortune for an average  man.

But then Doury was no average kid. One thing that Doury need not worry was costs and expenses.

Heir to a multi trillion rupee business empire – he believed in living the old values ,traditions and practices. His father having once fought  a real live elephant with his bare hands and injuring the beast, to be then shot down by his personal guards is now a legendary propaganda material.

Doury wanted to live up to that same lineage. But only in strength and wisdom. Not the cruelty. Why kill a life? It was so easy declaring a mute beast as rogue and hence certified to be killed. Has the poor beast any choice ? So he preferred the robotic replicas.

Doury was always well groomed and clean. He loved to smell good and put on clean comfortable clothes. This was so contrary to his confession of loving the bloody gel and innards splashing down on him from the robotic replicas. But then , to each his own and Doury sure had the wherewithal to afford it and of course no one will dare question him Why ?

But not me. Asty was one of  the very few friends who could question Doury. Asty – that’s me, and I did ask him.

Dr Ona’s company  manufactured these dated robotic replicas. A true masterpiece each one of it. But then the goodness was its downfall. These replicas just lasted like forever , unless of course someone like Doury smashes it down. So all the schools , museums, parks etc had bought them like hot cakes when they first came out , but all of them are still running so fine , no one needed to get a replacement barring a few old school veterinary colleges who still believed in teaching anatomy the old way. The only orders that came in regularly was from the Kooroo Group of Companies – almost one a week – basically every time Doury sparred. So the small company of twenty employees and Dr Ona just ran fine.

I never felt ashamed of my tears. It was a sign of my emotions and I loved and lived with it. My eleven year old physique was perhaps the only one that may be a tad tougher and larger than Doury with fighting skills to match, added with a very short fuse on a temper – the  complete antonym of Doury — no one ever dared smile over my tears. And being the son of Dr Ona , the revered and feared haughty headed teacher, inventor and statesman also added to it.

The tears refuse to come that day. His  jovial reply didn’t carry any ‘in-between-the-lines’ connotation. But the truth sunk in like a hot baked walnut on a dollop of butter.

He hugged me back and whispered in my ears

“Asty dear, take your dirty bum back  home. You haven’t completed the algorithms. And with that massive  flat palm slap your dad has, I don’t want you to have an excuse of a sore bum just to avoid the boxing bout  with me in the evening. Scoot now Asty….”

That was Doury. Born to a wrong family at a wrong time. How can that conniving Yodi be his own blood !!!!

to be continued in next issue 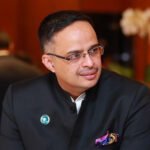 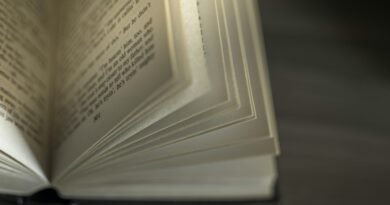 3 thoughts on “The Saga of Doury & Yodi”