He always yearned to travel across time and play with Kasparov and Karparov and perhaps even Vishy from an era long long back. Youdi knew he could have beaten them all.

He could afford to do a time travel. In fact, he could afford to do it every week, if he desired. The Wormhole Travel documents are however public domain information! It would not look prudent to spend that much to travel across time – just for a game! The average man would whisper behind his back, like they do behind Doury’s; spending a fortune, for a playtime!

He will never ever create a public perception like that. Sacrifices of desires for social austerity and simplicity, came naturally to Youdi. It did not matter that fortunes were spent to create and manage that image; it was not the cost that mattered but the public perception that you need to create!!

For Youdi, living the persona of the perfect well-mannered, honest bright young boy was paramount. Being born to a family who runs a behemoth conglomerate, his life was always public and he was conscious of his public image.

Youdi has made his share of sacrifices to grow up to be the perfect heir to the world of the uber powerful family who ran multiple planets and satellites.  Eldest of three brothers ; No… in fact, five; if you counted his half-brothers – the strong, talented handsome twins – Narzy & Sharzy – who preferred to lie low, away from public glare and give in to the image of the non-descript little brothers of the five Paendeey’s.

Nephews to the Chairman of the Kooroo Paendeey group, and sons of Paendeey, the five brothers were inseparable.

Youdi had to live the life of the pristine exemplary elder brother. His manic desire to be praised and loved by all was all, that he lived for. He was ready to sacrifice everything for that.

Bremz, just two years younger, was the bull in a china shop. His love for food and all things good was endless fodder for the e-tabloids. Bremz was the quintessential loose cannon! Bremzs loved the gym and had painstakingly built a physique the old way, of working on the muscles in the gym, rather than have them carved by doctors with drugs and scalpels. He had the strength and built which even Doury, and I must admit, even I admired.

Arzee was the lanky, good looking maverick. He knew his talents and never shied away from showing it off. His eternal pursuit was to be known as the ‘best-ever’. He would carefully choose his field, his sport, his companions, his life goals, everything… and be sure that he always came toppers, second to none. His desire to be the best and number one was all that he lived for.

Arzee was the sharpshooter. Amongst the best ever. He had once shot the eye out of a living bird – aimed perfectly to have grazed the eye and not kill the bird, well at least not immediately. A maimed blind bird would not last long and die a silent death away from the media glare. Everyone would only remember it as the bird who Arzee shot and let live.
“You maimed an innocent life, for life? To die a slow lonely death somewhere. To prove your skills? How sick can that be??” I had protested.

But my father, Dr Ona was blind for Arzee, his favourite student and he had made some lame excuse of making it sound right quoting some social diktat. Some canon of ethics and laws.

Doury and I would never subscribe to the social diktats of right and wrong. It was simple – if logic defied it, and natural justice could not be seen – you need to defy it. The perpetual logic of life being shades of grey and never black & white is the handiwork of weaklings looking for an excuse for every mistake they commit.

But then, everyone had a point of view and not everyone need to subscribe to it. That is the natural flow. Doury and I accepted that too.
I will never forget the Aklee episode. To use a weapon, you need to carry a license. You get a license post you are certified to be capable of using the specified weapon. To be certified, you will need to enrol into an academy to be qualified for a certificate. I see it as a sham for running an industry and a regime of control.

Aklee used a contraband unlicensed, un-calibrated weapon to silence a dog. Never shot the dog, shot a twig to ricochet, and gag the dog. That’s a talent that could easily outshine blinding a bird!

Youdi’s argument of following regulations and seeking to set an example, not to endorse a regime of unlicensed weapon usage which will encourage scores of delinquents trying out antics, which in turn, will be dangerous to the larger populace, was nothing but a rhetoric! It was a blatant attempt to ensure no one outshine Arzee. It was obvious.

Dr Ona recommending a penalty of severing the right thumb, to ensure that Aklee could never have a grip on a weapon ever, was absurd and I can never accept that as natural justice. And the sheer confidence that he will never ever be able to afford a prosthetic, was the epitome of arrogance.

I however do not remember the episode for the arrogant impudence of my father, Dr. Ona. I remember it for Aklee’s defiance and confidence.

Even before Doury could intervene and offer legal assistance for a legal battle, Aklee had severed his right thumb with a knife. A knife so sharp that it could have sliced through a floating sheet of paper in air. It looked like some bygone era Japanese Yakuza ritual when a single planet harboured life and people had carved out geographies as nations and families ran organized business bordering between legitimate and illegitimate. Eons later, today, life hasn’t changed much, planets and satellites have replaced nations, business conglomerates ran by families still walk the thin line of legitimacy.

I remember the day for Aklee’s defiance and confidence. He cut his thumb, rolled it up on the starched cotton napkin and placed it on the kryptonite slab and spoke out defiantly, “I do not need a twiddly thumb to use a weapon, and nor do I seek a license….”

That’s when Doury had intervened announcing the Kooroo school offers an honorary certificate of competency to qualify Aklee for a license. He walked up and embraced Aklee, and hands over Aklee’s shoulders, led him out, whilst the personal aide of Doury stepped in to handle the formalities.

I remember the grimace on Youdi’s face and his weak whimper “This is not right as per the canon of set laws…”, looking around trying to get acceptance from Dr Ona and the others.

The vision of an eleven year old, metal club yielding Doury, smashing robotic elephant heads made by Dr Ona, just to ensure Dr.Ona and his small company stays afloat; walking out with Atlee as the matured adult, remains engraved in some part of my irreplaceable memory .

I never believed the definition of adulthood either, but that’s a story for another time. 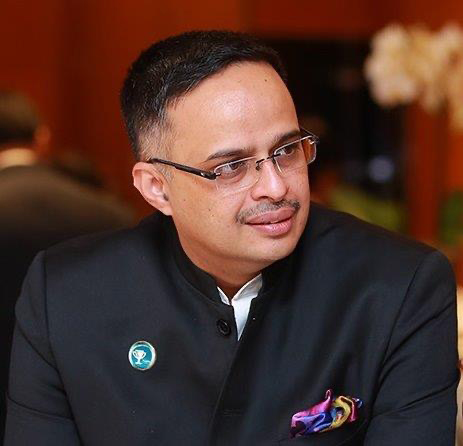