‘The Da Vinci Code’ is a 2003 novel, which was written by Dan Brown and belongs to the genre thriller,
which in 2006 had been adapted into a movie. It was directed by Ron Howard, starring
Tom Hanks, as Robert Langdon, the male protagonist, Audrey Tatou as Sophie Neveu and Paul
Bettany as the antagonist, Silas. The story is a work of fiction, yet one cannot help but get
captivated by the details provided by Dan Brown.
The story revolves around the conspiracy which seems to shake the very foundation on
which the world’s largest religion, Christianity, rests upon. The plot consists of uncovering a
deep, dark secret which involves Jesus, being a companion to one of his devotees, Mary
Magdalene. Sophie’s grandfather, Jacques Saunière, who was the curator of the Louvre
Museum, dies mysteriously and leaves a clue along with a message “P.S. Find Robert
Langdon”. Robert Langdon, a Harvard symbologist, along with Sophie Neveu sets out to
decipher the clues left behind by him. Jacques Saunière was related to the Priory of Sion, a
brethren vested with the responsibility of guarding a secret regarding the Holy Grail. However
the police personnel on this case, Bezu Fache, suspects Robert Langdon to be the one who
murdered Saunière. The story is intricately developed with the help of the clues, some of which
hold true in the real world too, like the places mentioned- The Templar Church, Louvre Museum,
Westminster Abbey, Rosslyn Chapel,etc. Due to the genuine data provided in the story, the
audience time and again gets stupefied regarding what is true and what is not. The plot leads to
the discovery of the ultimate truth about Jesus and during this journey of discovery, Robert
Langdon and Sophie Neveu face resistance by Silas, an albino monk who is on his path to
determine the truth before anyone else.
The story is intriguing and constantly keeps the audience on the edge of their seats
regarding the various surprises throughout the plot of the movie. The actors fabulously carried
out their jobs by not exaggerating their skills. The whole movie, until the last scene is a sort of a
treasure hunt with numerous riddles that makes the one watching it, try to guess the instances
which will take place next. Director Ron Howard exhibits method and tone with this movie, which
is enhanced by the background score provided by Hans Zimmer. Most movies which have been
adapted by the plots of novels usually stray away from the actual story, but not The Da Vinci
Code. The movie passionately adheres to the actual storyline. The movie, just like the book,
was controversial and yet, a success. It was at the highest position in the U.S.A.’s box office
during its first week of release grossing more than 111 million dollars. However, the movie was
highly criticised for the gross misrepresentation of the facts provided regarding Christianity and
also, Islam. Catholic groups and Muslim groups around the world revolted against its release
and as a result, the movie was banned in many countries around the world, for example, Japan,
Pakistan, Syria and parts of USA and India. Soni Bhattarai is a first-year BA, LLB (Hons.) student of National Law University and Judicial Academy, Assam. She is also a member of the National Service Scheme’s Intellectual Cell of her college which aims in providing service to the community. Apart from writing poems and articles, she also has a passion for dance- of all forms- but especially Bharat Natyam and she also holds a diploma in it. 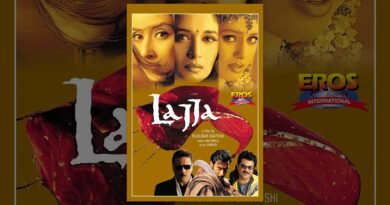