Guiding and teaching people to belief that they are exceptional and special and to make them feel great about themselves no matter what the situation doesn’t lead to a world full of skillful Troy and tycoon Bill Gates or peaceful Dalai Lama. It rather leads to a population full of uncontent idiosyncratic humans.

Like the famous story of Romeo and Juliet which Shakespeare wrote to satirize it, is often considered sane and taken as an illustration of love where two person sacrificed their lives to prove their special love for the other half.

The well famed guitarist Dave Mustaine from Metallica after breaking up with the band formed ” Megadeth” to prove his exceptional qualities which he succeeded but regarded himself failed miserably for selling a few less albums.

Again, getting caught the attention of the public eye was Hiro Onoda, a Japanese imperial army of the WWII posted on a small island. He kept fighting the US forces 20 more years even after the war ended to prove his special loyalty to the throne being naive and ignorant.

Romeo/Juliet, Dave Mustaine and Onoda were all graciously wonderful and outworked many yet

All life forms being able to think rationally and logically doesn’t make us more of a better animal if we keep on choosing that we are pompously unique or superior. We are not!

All humans are equal but some humans truly are inter primus.

Why not we arise from our slumber delusions and accept ourselves as we are. There is always space for improval and advances. Surely then, upgraded idiots would spring up preceding undeserving idiots to scarcity.

We would then not be chasing high after high accumulating greater denials appearing a stuporous fool as we decided to consider ourselves as what and who we are.

We cannot all be the fighter and heroic Troy nor a wealthy and powerful Elon Musk but inevitably we can lighten up our own realm of life and people around us not as an exceptional person but by being simply You and I and not some idiots fantasizing to conquer the world. 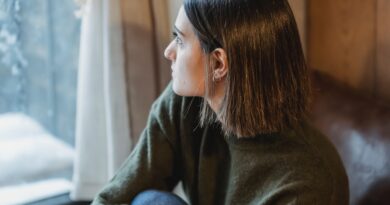 Djinns in the fields