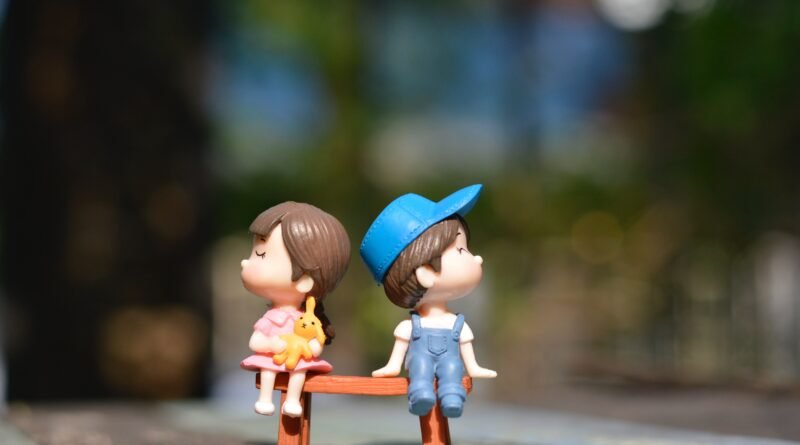 “One, two, three…mamma you have three stripes.”

“Yes Ayush, now be done with your breakfast , come on hurry up,” Gauri replied squirming through the kitchen to pack her son’s lunch while tossing her bits of breakfast through intervals in between rolling the chapattis.

“But Papa has four stripes.”

“Bad manners, Ayush. Haven’t I told you not to talk while eating? Now hurry up lad, your bus will be here in a short moment.” Gauri was half dressed for her office. She buttoned up her shirt while the shorts remained from her morning walk. A voice rose from the bathroom, “Mamma towel.”

“End number of times I have told you Neha, you should carry your towel before a shower. This girl turns a deaf ear to everything I say. Wait till I finish my work.”

Gauri rushes from the kitchen with the dough still stuck on her palms, lifts the towel with her left hand and reaches it to her daughter. This was the crucial phase of her day, from morning 6 to 7:30. The military life had kept her ahead of every other women of her age she knew and Gauri took a subtle pride in it whenever she looked at the stripes in her shoulder. It reflected her rank of success that she had struggled to accomplish over these years. Every morning at 5:30 the rhythms of her day began with a brisk jogging in her Adidas shorts and t-shirt. Half an hour and she would get back to her quarter, circumscribed to combat the daily marathon of events which was no less than a practise wartime situation. She would make the breakfast, wake up her children, bathe them and get them ready for school all the time conscious enough not to disturb her old father-in-law. Her own breakfast was consumed in halts between the other works and more often she skipped the morning coffee. As soon as the children left, she dressed up in her uniform, kept her father-in-law’s breakfast covered in the table and quickly left for her office. Her insomniac father-in-law had strictly instructed her not to disturb his morning slumber.

This morning she felt irritably fidgety. Her daughter had not done her homework and the son did not wear his necktie, but Gauri’s mind was engrossed with something else. She had to get the application forwarded by this week, it has already been four months that her application is pending and no progress is on sight. “Things cannot continue like this,” she thought. A strident yelling sent the children rushing out of the house to catch their bus and Gauri quickly geared up to leave for her office. Before leaving she stole a glimpse of the old man’s bedroom and crooned hastily near his bed, “I might be late in the evening, I have some work.”

“Why aren’t my mornings unperturbed? I told you I will have my breakfast peacefully later,” replied the irascible old man.

“It is not about the breakfast, I will be late in the evening.”

“Does Dheeraj know that of late you have been coming at odd hours post work? Isn’t it questionable that you come home late in your husband’s absence?”

“Well, Dheeraj does not know about it but tell your son that I return home late because I have to do everything that technically your son should be doing. To add to it, he has dumped his eccentric old father in my custody to be taken care of while he can escape his responsibilities.”

Gobsmacked beyond redemption the old man couldn’t find an answer to counter back while Gauri wrathfully whizzed out off the room and drove her way to her office in a cranky temper. A service policeman opens the gate and Gauri drives into her unit responding to every greeting of ‘jai hind’ throughout. She felt a little culpable for responding rudely to the old man who is already in his late seventies. She had no intension to upset him, it’s just that the man deliberately sought to remind her of her dependency on his son, when technically it is his son who is reliant on her. Dheeraj was a Group Captain in the Indian Air force who largely remained preoccupied with his career giving very little or no time to his family. Gauri met Dheeraj when she had newly joined the forces as a Flying Officer and Dheeraj was her senior, already booming as a promising fighter pilot in the squadron. The young 23 years old girl was fascinated by his courteous charisma and zeal at work. They did not have an elongated courtship period and got married in a short while. But within a month of her marriage she realised his mental absence in the relationship. He prioritized is career over everything else and prospered enormously with Gauri’s help but the problem started once they had the child. When Ayush was born, Dheeraj was serving his temporary duty somewhere in Bagdogra. It did not affect Gauri much as Ayush was the first child of both their families, so her parents and in-laws had largely handled the responsibilities. But when Neha was born, Gauri’s father was still battling the last stage of cancer and her mother had to be by his side. Her mother-in-law was also unwell but Dheeraj was there with her. Things started to get difficult with the unheeding Dheeraj who remained largely immersed in his own world, oblivious to share any errands of the house and Gauri had to manage with both the children alone. Dheeraj was a carefree man who never wanted any liabilities or responsibilities that stood as a hindrance for prospering in his career. Their bickering fights had no conclusion which ended with her husband mostly locking up himself in his room or going out with his mates for a drink or to play golf. Dheeraj’s priority was something else, after all he was a test pilot and only a few could make to it. As a result the house would remain dirty, clothes scattered and the maids cheated them while Gauri tussled with the two kids and her job. Her C.O. complained about her ineptitude at work while the male co-workers mocked and questioned the liability of a female in the forces. But things turned worse when his husband’s unit moved to a remote location and she had to cope all alone in Bangalore with her two children and a housemaid. Her father-in-law sunk into acute depression after the tragic demise of his wife and Dheeraj being the only son, the responsibility fell on him. Thus Dheeraj’s father started to stay with Gauri and the children while her husband was posted somewhere else who frequented once or twice a month to visit the hordes of dependents on him. But every time he would come, what followed was a terrible fight and the couple would never talk for a day or so. Dheeraj would take the children and his father out to a park or a shopping mall followed by lunch while Gauri stayed at home and enjoyed her siesta. On such rare occasions, Gauri did not mind being left alone; rather she contemplated these brief moments as sanctioned tranquillity with no fighting children to pacify and no nagging father-in-law to nitpick her. She wished such leisurely unfragmented hours would never cease to exist that unspooled the girl within her, unfettering these invisible shackles of womanly subversion.

Gauri settled down to check the previous day’s readings with a mug of coffee while dangling her aching feet. She makes a call to her husband to enquire about his liaison in the headquarters. She had been putting up applications to be posted in the same unit as her husband or a nearby one, but every time it gets rejected for reasons unknown. She knew her husband was a man with great potential. And with potential comes power. Dheeraj had promised to talk to the headquarter last Sunday but apparently nothing was arrived at.

“What is the current status?”

“Listen, I had enquired with the head quarter. Apparently there is some problem. There is shortage of manpower in your present unit so they cannot post anyone here. Wait for some months, I will get it fixed. I will call you in the evening.”

“Please do it at the earliest, I can’t do everything alone,” Gauri felt helpless to tug with the few more months ahead of her. It seemed like Sisyphean labour, she puts up the application and it gets turned down without stating any reason. She pressed the bell to call the section in charge and instructs him to manage everything with care while she took her route to meet the Commanding Officer of the unit. The commander was a good old friend of her husband who was a year senior to him in NDA. Gauri had been pestering him to get her work done but it seemed that even his hands were tied.

“Sir, I have come to enquire about the application. What is the current status?”

“Wing Commander Gauri, see I have already given my approval and so did the commander-in-chief. But apparently it is pending in the head quarter.”

“But sir, you know my situation. This was supposed to be a mutual posting. But now my husband’s unit has moved to a different location and it is getting very difficult for me to manage everything all alone. I have two children and an ailing father-in-law to look after.”

“I understand that and this is why we are here, we work here as a family.”

“But why do you think the application is not getting forwarded from the command unit. Every time this happens, this is the fifth time I have applied.”

“Your reports had not been considerate enough I guess.”

Gauri takes leave of the commander feeling grassed on. Her thoughts reassembled to herself, “My reports would have been better as well if I had the luxury to have long stretches of time for myself without any interruptions. But I can’t blame Dheeraj altogether, he is trying his best after all. It must be this vile man under the guise of a friend who is stumbling as a blockade. I doubt if he has even approved my submission.”

Gauri was outside the Commander’s office when she realised she had left her mobile phone inside. Just when she was about to make her way inside, she noticed through the small glass panel that the Commander was busy in a call. She found it inappropriate to enter while the other person was busy and decided to wait till he finishes. Suddenly she felt an intuitive impulse to overhear the conversation and Gauri mischievously puts her ear close to the door to eavesdrop what went on inside.

“…..Yes, I have dismissed her with a reason…..is it….. ok, ok…….so you are the one…you have informed the head quarter that there is no more vacancy for any manpower in Mandya….Aha! You’re a really wicked man, I must say, my good old wicked friend, keeping your wife away while you have your fun, ha. Listen, I have some work now, will call you later Dheeraj.” 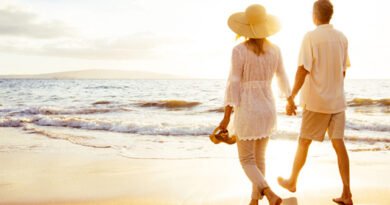 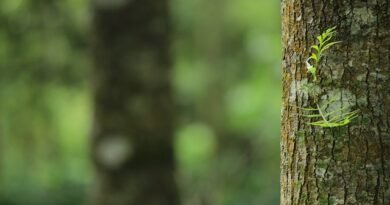 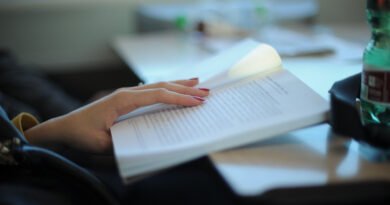