It was around the first part of October, 2019 that one of my friends, Alpana proposed a trip to the Orang National Park situated in the Mangaldoi district of Assam. The proposal sounded too exciting at the first stance and after a nod from hubby dear who always remained busy in his official duties , I decided to move ahead!!!! The most interesting part of  it was that it would be an entirely ladies’ gang trip comprising of only mothers and daughters without their male spouses!!!!

Accordingly,  me, Alpana and Hemlata chalked out the entire programme while sitting in our office canteen. A Tata Indica car was hired for the trip, the official bungalow was booked and the forest officials were contacted. With Alpana being posted in the  Forest Department, things became much easier to coordinate with the forest authorities. More than us, our kids were greatly overwhelmed at the thought of going to the real jungle when they first heard about it!!!

We started at around 7 in the morning of a bright sunny day from Guwahati in our hired car. At first it sounded very scary to hear about three women with their kids moving through a jungle in the absence of their male spouses!!! Barnali, a single lady joined us in the final hours.  There were grand preparations beforehand. With clothes and foodstuff for the kids being packed, someone even suggested to take some woollen clothes with us though it was only October and winter seemed quite far away then!!!

After a trip of two and a half hours we finally reached the Orang National Park after much funfare throughout the entire trip with the kids singing songs and nursery rhymes all through the journey. A jeep was sent to the main gate by the forest authorities to fetch us from the main gate. Taking our personal belongings we got inside the jeep. The driver of the car started the engine. Alongside him sat an escort who carried a gun with him for security reasons.

On reaching the forest bungalow we were greeted  warmly by a forest official and were served milk tea with biscuits and sweets by the cook. After a short introductory conversation the forest official left the bungalow giving us a piece of advice during our one night short stay there. The bungalow was a typical Assam type house with a large sitting hall,  a dining room, two adjacent bedrooms with attached bathrooms and a kitchen. We shared the two bedrooms amongst ourselves. We then took bath in the cold running tap water , changed our clothes and then took our lunch that had been prepared by the cook.

One thing that amazed us greatly was the use of solar energy for electricity purposes in the bungalow!!! We  noted that the fans were running slow for that. After we finished our lunch and rested for a while, we were informed that the jeep had already arrived and it was time that we made the safari through the deeper areas of the jungle. It was already 2 o’ clock in the afternoon and all of us again sat back in the open air jeep.

Slowly we waded through the jungle. We caught glimpses of peacocks, parrots and some other wild birds. We also saw the deer strolling around mindlessly. Once a big python was seen circling around a hole that it had perhaps built it for itself. On top of that the monkeys hooted and kept on jumping from trees to trees. We also saw some blooming wild flowers of a complete different variety that we never get to see in the concrete jungles of ours in the city.

At certain points the driver would stop the jeep and then we would climb up the stairs of the view- points that the forest authorities had built for visitors to have a close – up view of some particular spots of the jungle. From one such view- point we once saw a one horned rhinoceros along with its baby rhino strolling among the open grasslands. We used binoculars to get a better view and the kids were really very excited about it!!!

Again at another point of our ride we were all swept across our faces by the drooping branches of a tree. I nearly fainted then as I well remembered those gory tales of ghosts in the jungles of Hindi movies!!!! After that a very kind of strong pungent smell hit our noses. We were warned by the driver and the escort about the presence of a tiger nearby. At first we all got terribly frightened but the sight of the escort’s gun  came to our rescue. We tried to locate the tiger to our heart’ s content but all our efforts were in vain !!! We only got to see the footprint of the tiger’s paw on the ground !!!!

Next we came across a very beautiful spot along the flowing waters of a river with the sun setting on its banks.The bunking horn of our jeep drew the attention of a fleet of deer who had been drinking water from the river that made them flee from there at breakneck speed and it was a sight so touching !!!! The kids too shrieked out of joy!!!!

And then we came across a herd of elephants who were being tamed and kept chained by a group of mahouts. The elephants were being fed water and  grasses by the mahouts and one of them on seeing us gave a great trumpet that echoed long through the entire jungle!!!

Finally, the driver of our jeep commented that it was time to unwind as darkness had started seeping in and it would not be safe for us then!!! We drove back along the same route and reached the forest bungalow. We then brought the chairs outside on the open lawns of the bungalow from where we could see the open grasslands below at a distance. It was a full moonlight night that had enveloped the pristine jungle with  her silvery hues and we just sat on the chairs on the lawn and revelled in the beauty of nature!!!! ” A thing of beauty is a joy forever!!!” was rightly said by John Keats as even now my heart is filled with a kind of ecstatic delight as I recollect that well spent moonlit evening amidst that jungle!!!

Finally it was dinner time and then we went off to sleep. At first the bungalow felt like a baked house with the heat inside for the windows were being kept closed throughout the day and night in fear of the insects creeping inside the rooms. Moreover the gory tales of ghosts in jungles kept haunting my mind and I could not sleep well!!! However as the night started passing away it slowly turned cooler and ultimately I found myself covering my entire body and that of my daughter with a shawl!!! And then I realised that we had been rightly advised to take woollen clothes with us for the journey!!!

Finally I awoke at 6 o clock in the morning only to find the footprint of a large animal at the entry way to the bungalow on first opening the entrance door!!! The cook who stood standing near me commented that the footprint was that of a rhinoceros who had perhaps mistaken its way in the dark hours of the night!!! And I recollected the strange noise that I had heard the night before from close quarters as I really had a sleepless night!!!

After some time we all had our breakfast with bread and butter, boiled eggs, bananas over cups of milk tea. We were informed that the mahouts had already arrived with the two elephants and were waiting outside. We got ready in haste for the elephant rides. We shared the two elephants amongst ourselves. The elephant had sat down on its knees and we  had to climb up the ladder across the elephant’s stomach to reach the saddle on which we sat. Dhiya, my daughter sat in front of me followed back to back by Riona and her mom, Hemlata. Both me and Hemlata took care to safely tuck our daughters in between us!!!!  At first we felt like we would fall off the elephant but slowly the elephant gave way to its big thuds and we started enjoying the elephant ride to the core of our hearts!!! It was an exhilirating and breathtaking experience for us to watch the rhinoceros besides us from the back of the elephant while we waded through the open grasslands!!!!!!!! We then paid our dues to the two mahouts for the elephant rides!!!

After the elephant rides we were a bit exhausted. Meanwhile we noticed that Alpana who was a keen plant lover was now moving about looking for a particular kind of fern that could be used as an eatable. Jiu, her three year old daughter stood crying on the ground as her mother kept loitering around. I just caught of Jiu by her hand and chided my friend Alpana for being so careless in leaving behind her daughter behind in her search for the ferns lest any prey animal in the jungle caught sight of her!!!!

We were then treated to a sumptous lunch with fish from the nearby pond and the flesh of the deer by the cook in the forest bungalow!!! Finally it was time for us to leave…..We thanked all of them, the forest official, the cook and the caretaker of the bungalow with gamochas!!!! In return they gifted us with some wild flowers from the jungle that we carried it to our homes in Guwahati. And then we were again dropped near the main gate by the same jeep along the same pitch road that we had travelled the day before!!!

Kancha, our driver stood waiting for us at the main gate with hos Tata Indica. We clicked many photos at the main gate at the time of our parting. We again started our journey back to Guwahati. However we did not forget to bring to our homes the famous Rasagollas and pedas of Orang!!! On our way back we again had some light refreshments with tea in the famous SRD lounge and restaurant situated along the highway road of Mangaldoi. Finally we reached our homes at around 6 o clock in the evening!!!!

Reaching Guwahati we felt like being purged off all our weariness and tensions for quite a long span of time!!!! It has been quite long since that visit yet the memories of the dark green jungle along with the sounds of the brute and the birds therein still ring aloud at times in my mind in a crystal clear manner and the fragrance of the jungle also seems to linger around me at times!!!! Quite refreshing for a lifetime…….” a tryst with heaven”  ………….

as I would simply love to nutshell it!!!!! Sangita Saikia Pathak has been writing poems, short stories and articles since her college days. Soulful Musings is her first poetry collection. She works in the Govt of Assam. 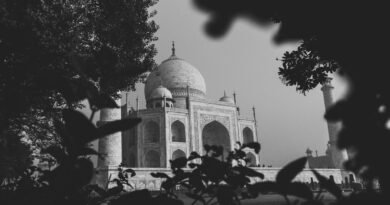 MORE THAN TAJ IN AGRA 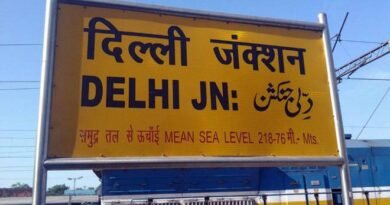 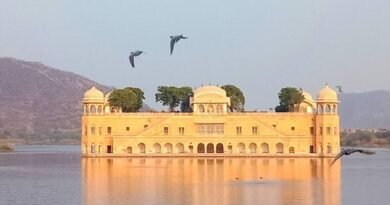